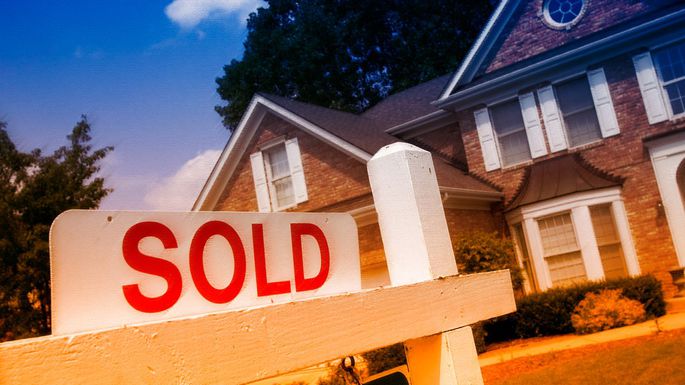 5 Big Reasons to Sell Your Home This Year

It’s no secret that life’s been pretty good to sellers for the past several years. Even if you had no need—or desire—to move, the housing landscape might have seriously tempted you to put your house on the market anyway. After all, it’s hard not to see visions of dollar signs when your neighbors are unloading their homes for tens of thousands over asking price.

But as they say, all good things must come to an end. And you’ve probably heard that the white-hot housing market of years past is finally beginning to cool.

So if you haven’t listed your home before now, did you miss the boat? Absolutely not. But with each passing month, the experts say, you can expect the housing climate to shift a bit more in buyers’ favor.

“It’s definitely still a seller’s market in most of the country. But it’s not the same seller’s market that you saw in the last couple of years,” says Danielle Hale, chief economist of realtor.com®. “You might have to think about how your home compares to the competition that buyers are going to see when they’re shopping. And you might have to price a little bit more competitively, or think about other enticements to attract buyers.”

There’s still a chance to cash in for top dollar, though, if you move quickly. Here are the biggest reasons to sell ASAP in 2019.

1. You won’t be the only listing for long

The top reason sellers have been in the catbird seat for the past several years? Inventory. There simply weren’t enough homes on the market to keep up with buyer demand. And when a “For Sale” sign did go up, you can bet a bidding war would soon follow.

“You might have been the only listing in your neighborhood, and you could put your home up at a certain list price and you would likely see multiple offers at or above that list price,” Hale explains.

That tide is turning this year, Hale says. That’s because the number of homes for sale is finally increasing, albeit slowly. For now, buyers still outnumber inventory. But if you’re thinking about selling and don’t want to compete with your neighbors, it’ll pay off (literally) to list earlier rather than later. (This is particularly true in pricier markets, where inventory is increasing at a faster rate than more affordable areas.)

“It’s going to depend on what neighborhood you’re in, but we expect it to be more common this year that you won’t be the only listing,” Hale says.

2. You still stand to make a ‘handsome profit’

Now comes a twist: 15% of all home listings saw price cuts in January, according to realtor.com data.

That might sound like bad news if you’re thinking of selling. But hear us out: Those moderating prices, combined with today’s mortgage rates (more on that below), mean increased buyer demand for your house.

Plus, it’s not that home prices aren’t still increasing—they’re just not increasing at the frenzied pace of previous years, which often featured multiple offers at or above asking price, Hale says. So even though you might have some more competition as a seller, things are still looking pretty sweet for you when it comes to cold, hard cash.

“Even if you don’t get an offer above your asking price, you’re probably still going to come away with a handsome profit from being a seller in 2019,” Hale says.

But again, it’ll pay to put your home on the market as soon as you can—before conditions change.

“Sellers who list their homes earlier in the year tend to get a higher sales price, often above list, and shorter days on market,” says Ali Wolf, director of economic research at Meyers Research.

There’s more good news if you own a home below the national median price of $289,300. Not only is that inventory increasing at a slower rate than its luxury counterparts, but there are more buyers shopping at those price points.

“If you’re a below-median-price seller, you will see a seller’s market that is as good as what you saw in previous years—maybe even better,” Hale says. “You might still see multiple offers coming in quickly, maybe even above asking price.”

4. Mortgage rates are at a new low

Something strange has been happening over the past few months. Experts predicted mortgage rates would rise—and at the end of 2018, they were indeed ticking upward as expected.

But since the start of the year, rates on a 30-year fixed mortgage (the most popular home loan) have been falling, sliding last week to a new 12-month low of 4.37%. And of course, those historically low mortgage rates mean you could have more buyers knocking on your door.

Plus, this temporary dip in rates creates an opportunity for trade-up buyers as well. After all, if you’re selling your home, there’s a good chance you’ll need to buy another one.

Bottom line: Now’s the time to hustle and get both transactions done.

“Sellers need to take advantage of low rates as much as buyers do,” Wolf says. “Sellers don’t want to get stuck in their homes when rates go up and the math no longer makes sense to move.”

5. Millennials are flooding the market

Historically speaking, people tend to buy their first home around age 30. And guess what? We’ve got a whole bunch of people turning 30 in the next two years—nearly 5 million, in fact, according to realtor.com data. So you can count on those millennials to be a driving force in the housing market.

“Millennials want to own a home as much as prior generations,” Wolf says. “We saw millennial shoppers scooping up homes in 2018—and 2019 will be no different.”

What’s more, Hale adds, is that you won’t just be seeing demand from first-time buyers. Older millennials in their middle to late 30s have already owned a home for a few years, and could be looking at now as a prime time to trade up.

“From a seller’s perspective, you’re going to have possibly more interested buyers,” Hale says. “So that’s motivation to put your house on the market.”

5 Sweet Tax Deductions When Selling a Home: Did You Take Them All?
Yard-Staging Projects That Will Help Sell Your Home: Have You Hit Them All?

Home-Selling Checklist: 12 Things to Do Before Selling Your House

Get Moving! 4 Urgent Reasons You Should Sell Your Home in 2017
BLOG CATEGORIES
RECENT POSTS
Go to Top