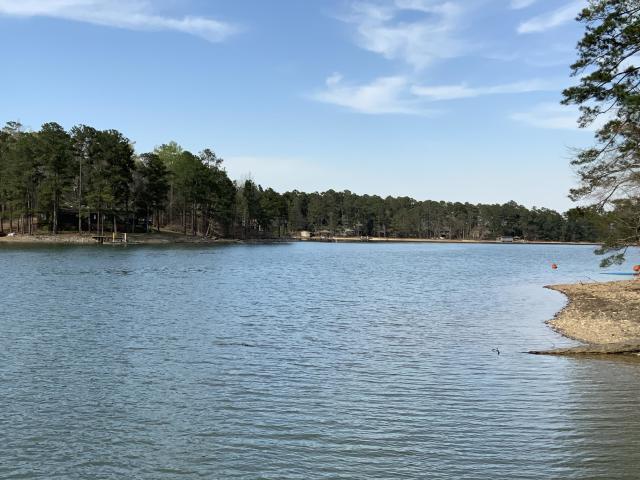 Sales: According to the Lake Martin Area Association of Realtors, waterfront-area residential sales totaled 27 units during April, up 12.5 percent from 24 sales in the same month a year earlier. Results were one sale above the five-year April average of 26 sales.

Pricing: The Lake Martin waterfront median sales price in April was $400,000, a decrease of 13 percent from one year ago and a decrease of 20.3 percent from the prior month. This direction is inconsistent with historical data (2014-18) indicating that the April median sales price on average increases from March by 3.6 percent. The differing sample size (number of residential sales of comparative months) can contribute to statistical volatility, including pricing. ACRE recommends consulting with a local real estate professional to discuss pricing, as it will vary from neighborhood to neighborhood. The average number of days spent on the market (DOM) by waterfront homes that sold during April was 225 days, an increase of 208.2 percent from 73 days in April 2018 and an increase of 52 percent from 148 days in March.

Forecast: April sales were four units above the Alabama Center for Real Estate’s (ACRE) monthly forecast. ACRE projected 23 sales for the month and actual sales were 27 units. ACRE forecast a total of 75 residential sales in the waterfront area year-to-date in 2019, while there were 82 sales in 2019 so far.

ACRE’s statewide perspective: While nationwide residential sales dropped 8 percent in March, demand for housing in Alabama remained strong. Statewide residential sales increased slightly (0.02 percent) from 5,341 closed transactions in March 2018 to 5,342 in March 2019. Year-to-date, sales increased 3.6 percent from 2018. Home price appreciation in the state continued to climb but at a slower pace as the median sales price in March increased 2.6 percent year-over-year from $158,617 to $162,759. The statewide median sales price is also up 3.6 percent year-to-date. Although nationwide inventory levels are trending upward, Alabama’s residential listings decreased 11.3 percent from one year ago. Low inventory levels were a significant factor contributing to rising sales prices throughout 2018 and in the spring buying season of 2019. With low inventory levels, it is not surprising to see homes selling more quickly than in previous years. Homes selling in Alabama during March spent an average of 99 days on the market, an improvement of 19 days from March 2018.

NAR’s national perspective: During March, total existing-home sales nationwide declined 7.8 percent from approximately 434,000 closed transactions one year ago to 400,000 currently. The nationwide median existing-home price increased 3.8 percent in March, marking 85 consecutive months of year-over-year gains. Lawrence Yun, chief economist for the National Association of Realtors, said, “It is not surprising to see a retreat after a powerful surge in sales in the prior month. Still, current sales activity is underperforming in relation to the strength in the jobs markets. The impact of lower mortgage rates has not yet been fully realized.”

June home sales on Lake Martin waterfront up 9 percent from May
June 17, 2019

June home sales on Lake Martin waterfront up 9 percent from May
July 23, 2018