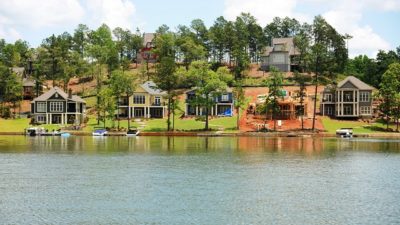 Click here to view or print the entire monthly report compliments of the ACRE Corporate Cabinet.

Sales: Lake Martin “waterfront” sales totaled 24 units during December, an increase in sales growth of 60 percent from the same period in 2014. This is just shy of the December peak in waterfront home sales at Lake Martin (26) established in 2013. Year-end sales through December were up 24 percent above 2014. Two more resources to review: Quarterly Report and Annual Report.

Click here to check out all of ACRE’s data on Lake Martin’s waterfront sales.

Demand:  “Waterfront” residential sales increased 26 percent from the prior month. This direction is consistent with seasonal patterns and historical data indicating December sales on average (2010-14) increase by 18.9 percent from November.

Pricing: The Lake Martin “waterfront” median sales price during December was $417,500, a decrease of 26.8 percent from December 2014 but virtually unchanged compared to the prior month. Historical data indicate that the December median sales price (2010-14) typically increases 5.5 percent from November. Pricing can and will fluctuate from month to month due to changing composition of actual sales (lakefront vs. non-lakefront) and the sample size of data (closed transactions) being subject to seasonal buying patterns. A broader lens as to pricing trends is appropriate and we highly recommend contacting a local real estate professional for additional market pricing information.