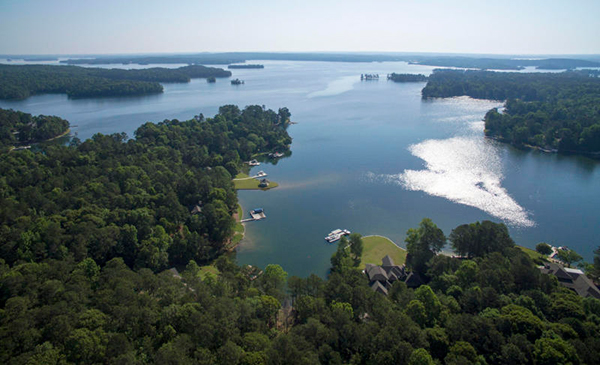 Sales: According to the Lake Martin Association of Realtors, waterfront area residential sales totaled 29 units during July, up 26.1 percent from 23 sales in the same month a year earlier. However, July sales were down 17.1 percent compared to 35 sales in June. Results were 9.3 percent below the five-year July average of 32 sales.

Pricing: The Lake Martin waterfront median sales price in July was $680,000, an increase of 54.5 percent from one year ago and an increase of 49.5 percent from the prior month. This direction is inconsistent with historical data (2013-17) indicating that the July median sales price on average decreases from June by 21.6 percent. The differing sample size (number of residential sales of comparative months) can contribute to statistical volatility, including pricing. ACRE recommends consulting with a local real estate professional to discuss pricing, as it will vary from neighborhood to neighborhood. The average number of days spent on the market (DOM) by waterfront homes that sold during July was 138 days, a decrease of 16.4 percent from 165 days in July 2017, and a decrease of .7 percent from 139 days in June.

Forecast: July sales were seven units, or 19.4 percent, below the Alabama Center for Real Estate’s (ACRE) monthly forecast. ACRE projected 36 sales for the month, while actual sales were 29 units. ACRE forecast a total of 204 residential sales in the waterfront area year-to-date, while there were 177 actual sales through July.

NAR’s national perspective:  During June, nationwide sales volume for existing homes decreased 5 percent year-over-year from 600,000 to 570,000 closed transactions. According to Lawrence Yun, chief economist for the National Association of Realtors, “there continues to be a mismatch since the spring between the growing level of home buyer demand in most of the country in relation to the actual pace of home sales, which are declining. The root cause is without a doubt the severe housing shortage that is not releasing its grip on the nation’s housing market. What is for sale in most areas is going under contract very fast, and in many cases has multiple offers. This dynamic is keeping home price growth elevated, pricing out would-be buyers and ultimately slowing sales.”

Waterfront Lot At a Great Price